1/22/12 Just a quick warning: this company may not be as legitimate as the VW community thinks. Several Mazda websites do not have fond memories of this particular company. I’ll have to find more information…Stay away for now.

Nothing has proven to be as good as just replacing or checking the cam follower periodically. I’ve been lucky with the wear so it’s far easier for me to not worry about it. Unfortunately, there are a variety of factors that contribute to what kind of wear you see and your experience may vary wildly. Keep on top of your oil changes and keep track of your follower wear!

For the past few months, the company HPFP Upgrade has been working on creating a cam follower that is more durable than the oem piece. Testing is now practically complete. I’m guessing that they are in production right now with a probable February release. HPFP Upgrade is a relatively new (to me) company that focuses on the fueling system for various direction injection cars.

There’s been a good deal of anticipation regarding this product. Any product that can help with the FSI’s follower problem is welcome. The company states that it has achieved an increase in durability through the use of hard chroming. By creating a surface with less friction, there is less wear between the follower and cam. Testing supposedly confirms their claims. In addition to the new surface material, the oil flow holes were relocated to the sides. Information is limited right now as the company has yet to officially release the product.

Of course, the product is untested by the mass public and details such as warranty have yet to be hashed out. There are still unanswered questions. How will the relocation of the oil holes affect things and how durable will the follower and hard chrome finish really be in real life application? HPFP Upgrade asserts that the the new finish is much tougher than the OEM DLC coated follower and slicker as well. They also say that the relocation of the oiling holes also has nothing but positive effects, although their reasoning is yet to be seen. The company seems to have done its homework, field testing a few units with favorable results. So far better than another company that just made the follower thicker and omitted the DLC coating…*cough*kmd*cough*. The design is superficially similar to followers used by Mazda.

I’m following this product quite closely and will probably try it out when it does finally get released.

Here’s a thread on the MKV forum with a few details but it unfortunately turns into a flame war in a page or so. Upgraded FSI Cam Follower

If you do end up getting this in a month or two, let everyone know what you think of it in the comments. 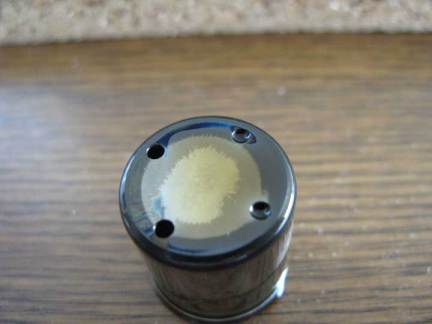 In addition to the pcv and intake manifold motor, Volkswagen also extended the warranty on the camshaft, cam follower and high pressure fuel pump to 120,000 miles or 10 years. As before, they will reimburse any out of pocket expenses related to failure of any of these components provided you have proof of payment and repair. Keep in mind this does not cover replacing followers, only components that have failed or have insufficient hardening. Look through the following letter and see what applies to you.For more information, check out my other posts:Cam Follower Camshaft and Cam Follower Warranty Extension 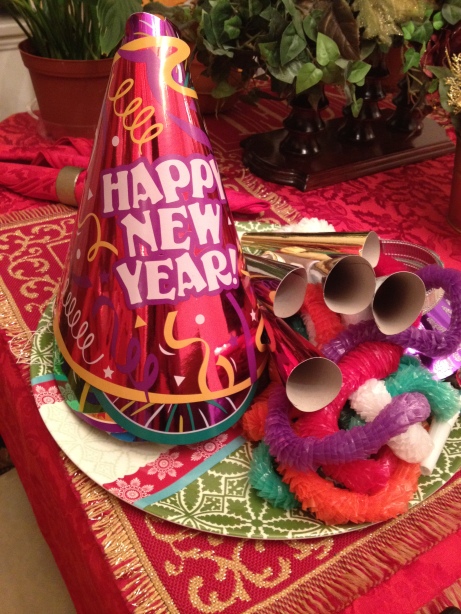 Happy New Year everybody! 2012 is here and it’s going to be a good one!

First things first, sorry for the extreme lack of updates, the MKV front is getting a little older and a little quieter. That’s alright though, the MKV generation of cars has been holding up pretty well. The FSI follower problem has been troublesome for a lucky few and there are various small sensor/peripheral problems (thrust sensor, low pressure fuel pump, pcv and diverter valves etc.)  that owners have had to deal with but overall, the cars have been robust. Maintenance just needs to be kept up to date. I recently rolled past 108,000 miles and the car runs great.

Still coming for the month of January:

The recently mentioned aftermarket cam follower is still awaiting final finishing but the company states that it should be released as soon as this month. This follower is supposed to provide 3x the life of the OEM follower by using a different surface treatment (hard chroming). If the product lives up to its promises, FSI owners can rest just a little bit easier about their cam follower issues.

The Koni Yellow Dampers are holding up well and I think I finally got the rebound settings perfect for the stock springs. When you have adjustable dampers, it’s almost impossible to just pick a setting and not fiddle with them. They tempt you at every corner. I’ll do a write up with the settings soon.

Sorry it’s been so long since I’ve written a post, things have been a little quiet on the MKV front. My car is in a place where I like everything on it so I’ve been leaving it alone. The platform is getting older but that doesn’t mean new things aren’t being developed! There are a few particular developments that I want to talk about regarding fueling and cam follower improvements. One company has decided to research and produce a replacement follower that should all but eliminate excessive wear from this part. It has not been released yet but is due to show up in December. I’ll have more information as it becomes available.

I pulled the cam follower to check how it was doing.  It’s been quite a while since I last checked.  I’m estimating the total mileage on this to be about 45,000 miles.  This is only the second cam follower this car has seen.  Nonetheless, the wear is excellent and I’m popping this one back in.  I’ll check back in 10,000 miles, which this should easily last.  The DLC coat is still not completely worn through in the center.

Good news everybody! VW of America has decided to extend the cam follower, high pressure fuel pump, and intake camshaft warranty to 120,000 miles or 10 years. I received a letter in the mail. It took a while but VW finally did the right thing.

I’ll load the letter once I get it scanned. documents added below

Here are a few links related to the cam follower problem:

I finally got some time to work on the car this weekend.  I was able to do install the speed bleeders, do full flush and bleed with ATE Superblue fluid and finally install the thrust sensor.

Some strange findings on the thrust sensor – I took of the old one only to find out that it was already the updated version.  Dammit.  I hope it was on it’s way out or something.  If you didn’t know already, I was having fuel supply issues on a long trip.  Read all about it here…Click me! I won’t find out until I take another long trip in the heat.

The problem seems to be cropping up in the forums a little more, so at least I know other people have experienced the problem.  There’s still very little information on exactly what is going on.  If anyone knows anything, leave me a comment!

They worked perfectly!  That was probably the least trouble I’ve had with bleeding the brakes.  Granted, it would probably be even easier with a pressure bleeder.  These turned out just fine but if you want to spend just a little more, you can get the pressure bleeder and be able to use it with multiple cars.

The ATE Superblue brake fluid is helpful in determining whether you’ve flushed all the old fluid out of the system.  The fluid is, you guessed it, blue.  Once the fluid coming out of the bleeder is blue, you know you’ve flushed all the old crud out.  ATE has an amber colored fluid that you can alternate between flushings to help  you determine if you’ve flushed the Superblue out of the system.  Same specs, just amber.  It’s called Type 200 I believe.  The ATE fluid is a little pricier than store bought but the specs are excellent for a daily driver; 536 degree dry boiling point and 396 wet.

I also re-lubed all the caliper and pad slide points.  I opted to use high temp grease for the back of the pads instead of the tacky silencer stuff.  It might help the pads shift around when they need to instead of tacking them in place.  I’ve been getting an annoying squeal for the past few weeks despite the pads being good still.  Hopefully the the grease will allow the pads to move just enough to eliminate it.  So far so good.

I also did a quick cam follower check to see if anything out of the ordinary, glad to report that after 30,000 + miles on the 2nd cam follower, the DLC coating is barely starting to show some signs of wear, and this is on APR stage 1 software too.  Sweet!

Find me on these forums